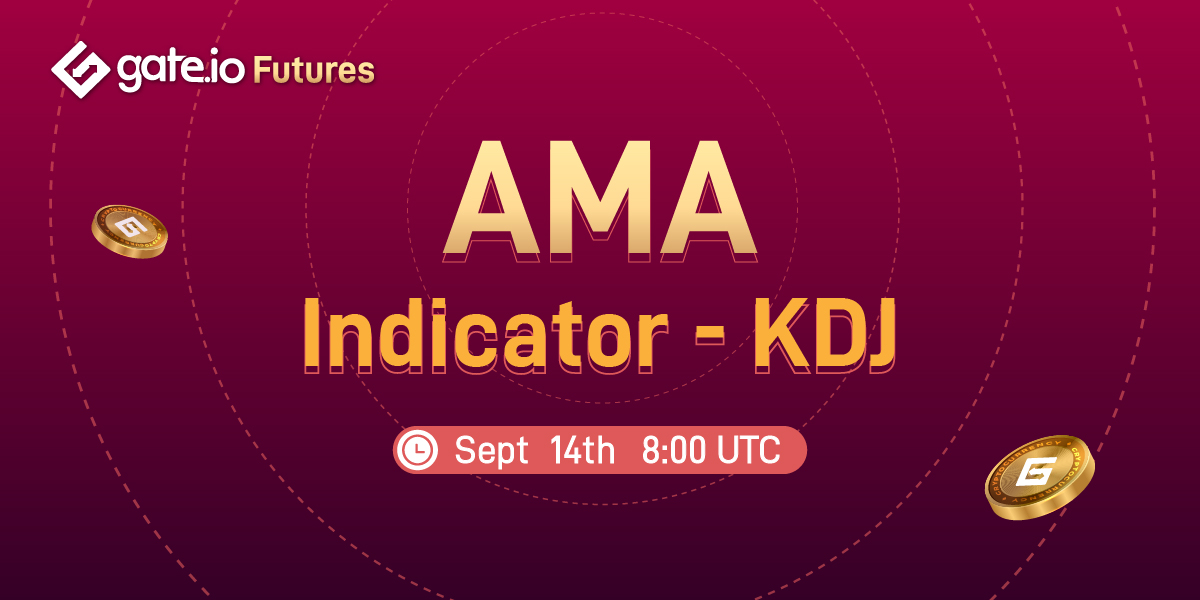 
Dan :Yes, what is the topic for today?


Jane : So today, we're gonna learn another Indicator, which is KDJ

1.KDJ indicator is a technical indicator used to analyze and predict changes in market trends and price patterns in a traded asset.

2.KDJ indicator is otherwise known as the random index. It is a very practical technical indicator which is most commonly used in market trend analysis of short-term trade.


A: There are three lines that form the KDJ and they are called the K, the D and the J. As you see, the name is pretty simple and derives from the curves of the indicator.


From below pattern, click KDJ button at the bottom of pattern, you can see the there are three lines appeared.


The KDJ indicator calculation is based on the recorded lowest, highest and closing prices over a specific period. 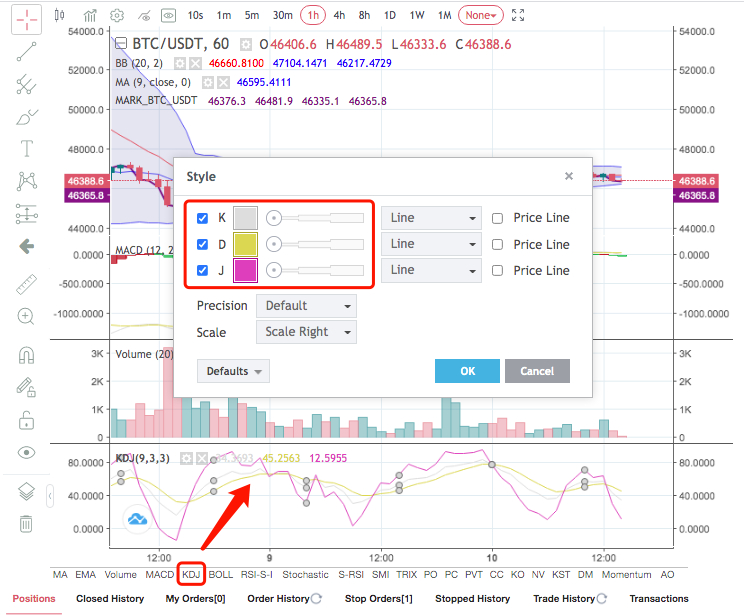 Q: What is the definition of KDJ?


A: Basically it is a ramdom index, suit to middle-short term trade, to judge the overbought and oversold of stocks

Q: It is the key point of KDJ, how to judge the timing for overbought and oversold.


A: Let's check it with pictures.


1.Generally speaking, over 80 is overbought area, below 20 is oversold area, and the rest is wandering area.

2.When the three values of K, D and j are near 40, it means that the strength of both sides is balanced.

3.When the three values of K, D and j are all greater than 40, it means that the buy are dominant.

4.When the three values of K, D and j are all less than 40, it means that the sell is dominant.


When we analyze, there's an extra 20. It is variable, according to the lines position.


As what you can see, K/D/J are curving from bottom to the top, according the rules of above, you can judge the timing to BUY or SELL. 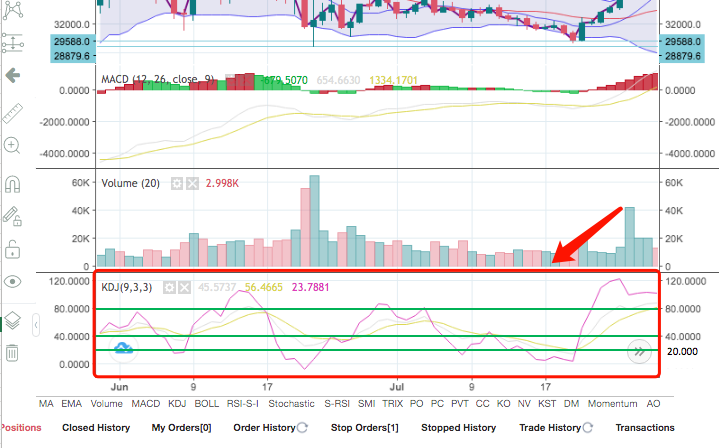 Q: If there's Golden Cross and Death Cross as MA?


A: You are so smart, yes, KDJ also has above cross.


From below red circled, you can see K up cross D, and both a little below 20. Means BUY power become stronger. It is the best signal to BUY. 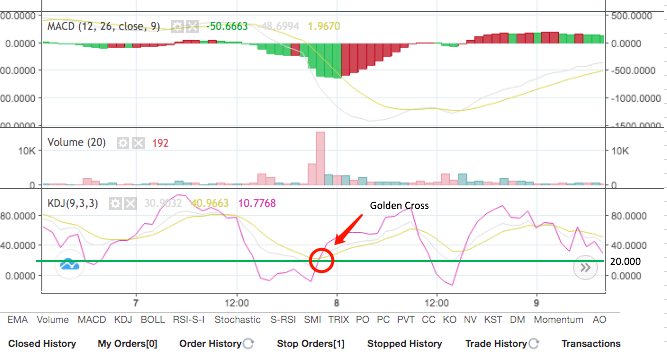 Another case as below also the good signal, not the best but still good position to BUY. Please refer to below red circled, you can see K up cross D and both above 40. 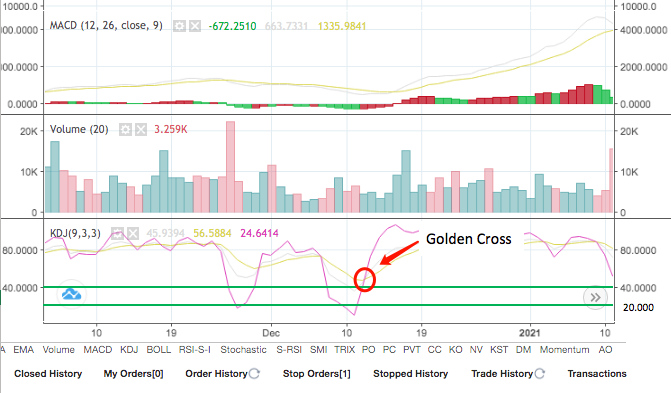 
From below red circled, you can see K down cross D, and both between the area of 80-100. Means SELL power become stronger. It is the good signal to SELL. 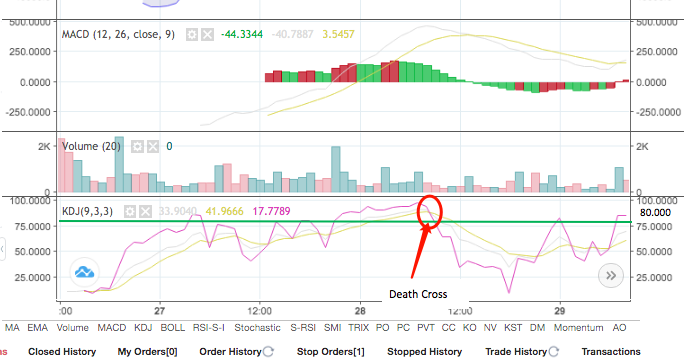 Q:What is the advantage and disvantage of KDJ?

1.The advantages of the KDJ index are: the index is very sensitive, suitable for short-term operation, and under normal conditions, it has a high degree of accuracy.

2.The disadvantage of the KDJ indicator: the indicator is too sensitive, and it often sends out buy and sell signals too early. In a very strong market and a very weak market, there will be indicator passivation, which makes investors confused and causing operational errors.


Finally, it is worth mentioning that just as any other trend-following indicator, KDJ can and will provide a lot of false signals during the flat market. For this exact reason, it is believed by many traders to be worth using on longer timeframes


Q: Thanks again and let's go to Question Session.

1.What is the simple difinition of KDJ?

2.KDJ suit to what type of trade and why?

Share to：
Follow us：
Trending
How to claim Contract Bonus
Snowflake to Avalanche: Why is the Avalanche Eco_ Appealing?
Is Musk’s Tweet the Only Factor Bringing SHIB Eye-Watering Gains?
Futures-Backed Bitcoin ETF - A Big Driver of BTC Hitting $60,000
Which Solana Eco_ Innovations Have Caused Its Price to Surge?
C
+/–
%
7
8
9
+
–
4
5
6
×
÷
1
2
3
×²
√
0
.
=
Mobile
Desktop
Windows MacOS
Click top-right
Click "Open in browser"
Download in your browser