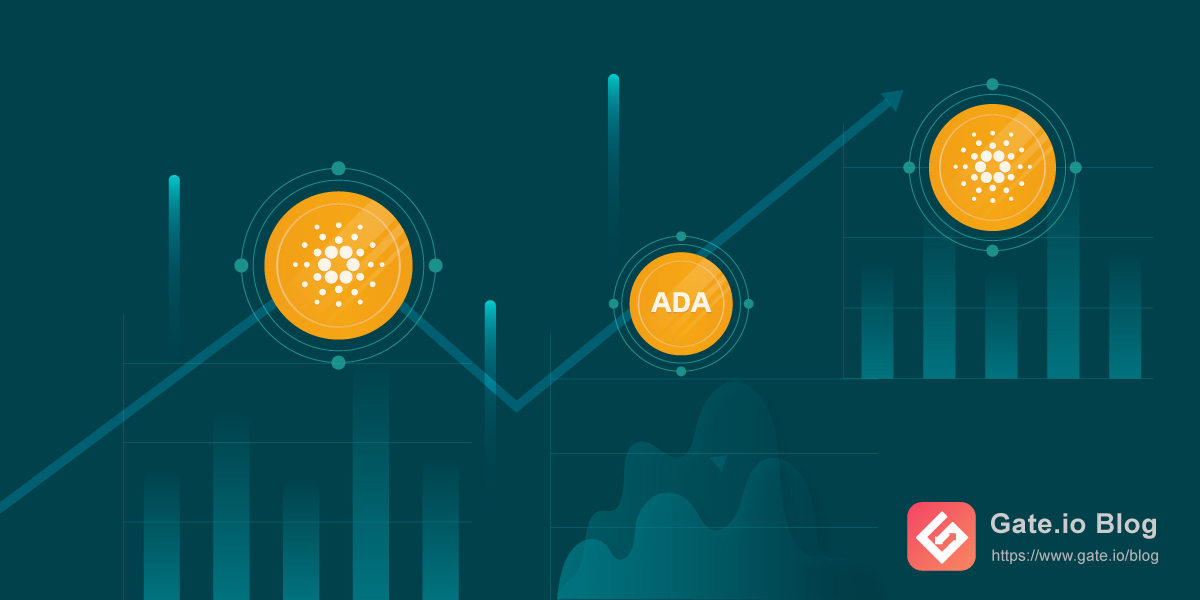 [TL; DR]
1. Cardano’s network upgrade, Alonzo was live on September 13, 2021, and the Cardano network will step into the smart contracts stage.
2. The development of Cardano can be divided into five phases. With the completion of the hard fork update, the Cardano network will enter into the Goguen era.
3. Cardano boasts many potential advantages with regard to transaction speed and trading fees.
4. There is a greatly total staked value and a high staking rate, which indirectly increases the ADA price
5. Cardano’s ecological projects will be gradually transferred from Ether to Cardano after the upgrade completion

Alonzo, a Cardano’s network upgrade, is finally live. With its arrival on September 13, 2021, Cardano, a famous public chain project enjoying a long history, begins to step into the smart contracts stage. Cardano has been considered as a strong competitor to Ether, but it has been affected by the slow development process in which the smart contracts can’t get launched until the recent and it was once called a "dead chain" due to the poor landing ability, which made a lot of supporters hate it and lament that their supports are in vain. After the completion of this upgrade, can this “alien” in the crypto world make a turnaround with smart contracts?


Overview of Cardano
When it comes to Cardano, there is one person deserving our attention — Charles Hoskinson, Cardano founder. He was one of the first bitcoin miners and engaged in the development and launch of the Ether project in 2014. However, he and other co-founders of Ether disagreed on whether Ether should be run as a non-profit organization. In 2015, he and Jeremy Wood founded IOHK, and the Cardano project was officially launched in 2017. 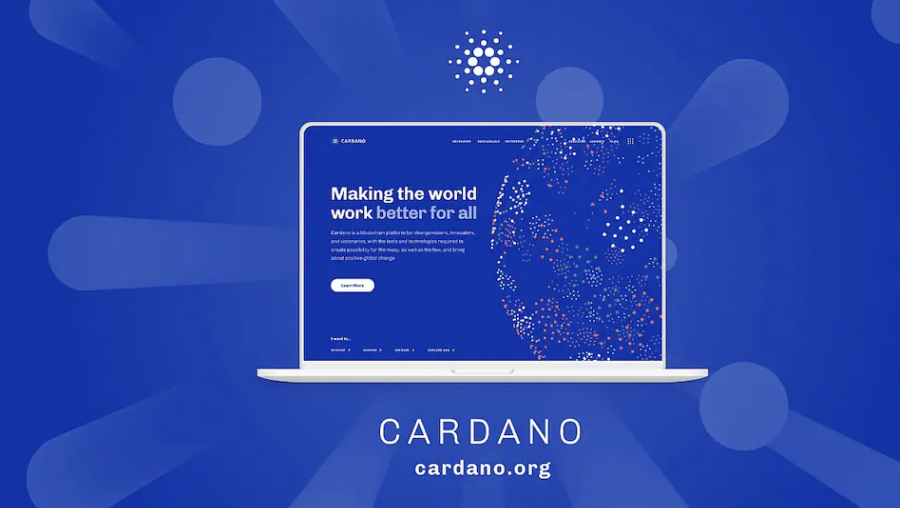 Cardano is developed and operated by three teams, IOHK, Cardano Foundation, and Emurgo. IOHK is a Hong Kong-based company providing blockchain solutions for academic institutions, enterprises, and governments, with a large development team responsible for Cardano's technical development and digital wallet. The Cardano Foundation, located in Switzerland, is dedicated to the widespread adoption and promotion of Cardano, the development of ecological regulations and standards, as well as joint regulation with the government. Emurgo, a company headquartered in Japan, is not only an investor responsible for regional business development but also assists in the integration of blockchain technology, connecting enterprises, and Cardano.

Named as a third-generation blockchain platform by Charles, Cardano works to solve three strategic challenges facing blockchain networks: scalability, interoperability, and sustainability. It bypasses the flaws and problems inherent in bitcoin and Ether by virtue of its late-stage advantage. The Cardano outperforms bitcoin and Ether in terms of scalability, security, and efficiency. Moreover, it has abandoned the PoW mechanism used in bitcoin and Ether and pioneered to adopt the greener alternative — PoS. Actually, investors in the crypto world were highly optimistic about Cardano.

However, in 2018, the funder Emurgo made a scandal of squandering public funds. Moreover, the development progress of Cardano which is flying the flag of technology is comparable to that of a tortoise crawling. While applications on Ethereum are blossoming and there is a complete ecosystem formed in NFT and DeFi, smart contracts on Cardano are still in limbo. For the holders, the ADA is completely useless and can only be used for staking. As a result, ADA price fell all the way down to long-term stability of about $0.05 in 2019, a drop of up to 95%.

However, according to CoinMarkerCap, Cardano's native token ADA has a market cap of $82.1 billion as of August 27 this year, surpassing Tether as the 3rd most popular cryptocurrency after BTC and ETH.

Philosophers in the Blockchain World

In addition to its reputation as a “techie” and “academic”, Cardano is also known as the "philosopher in the blockchain world" with the philosophical artistry of its project names. Cardano is named after the Italian scholar Girolamo Cardano, and the token ADA is named after Byron's child, Ada Lovelace, as well as the names of the five development stages of the project, which are all derived from historical figures’ names. According to Cardano's Roadmap, the five stages are:

Byron(named after English poet Byron) - As the first development stage, it sets up the foundation code of Cardano and allows users to exchange ADA on a federated network running the groundbreaking ouroboros consensus protocol. This period also witnesses the delivery of the Daedalus wallet, IOHK's official desktop wallet for ADA, as well as Yoroi, a light wallet from IOHK's sister company Emurgo designed for quick transactions and day-to-day use.

Shelley (named after English Romantic poet Shelley): This stage focuses on decentralization and sees the introduction of a delegation and incentives scheme. During this era, more and more nodes shift from a federated network to be run by the Cardano community. This period signals the maturation of the Carnado network and paves the way for a fully distributed network and an entirely new application ecosystem.

Goguen (named after US computer scientist Goguen): This phase will bring different computational layers while allowing users from both technical and non-technical backgrounds to create and execute functional smart contracts on the Cardano network, enhancing the ability to build decentralized applications (DApps).

Basho (named after Japanese haiku master Matsuo Basho): It’s a period of optimization for Cardano network, aimed at improving the scalability and interoperability of the network. Whereas the previous period focuses on decentralization, this era is dedicated to enhancing its underlying performance to provide better underlying support.

Voltaire (named after French writer Voltaire): This stage pays attention to sustainability and self-sovereign identity, and with the introduction of a voting and treasury system, network participants will be able to use their stake and voting rights to influence the future development of the network.


Why is the Cardano Called “Demon Coin”?
As a new generation of public chain infrastructure designed to challenge Ether, it is surprising that Cardano has become the third-largest cryptocurrency in terms of market capitalization even before it supports smart contracts. In fact, the reason why Cardano is called the "demon coin" is that it has many potential advantages

Cardano is known as the "academic school" of cryptocurrency, with a top development and management team in the crypto industry. Its PoS algorithm, Ouroboros, is arguably the only consensus algorithm that has been peer-reviewed by academics and has the same level of security as bitcoin's PoW algorithm. This technical advantage has also made some investors hold firm supports to Cardano. In addition, Cardano's founder is an avid promoter of the PoS mechanism, and ADA's market cap has climbed along with ADA staking growth. According to Staking Rewards, the staked value on Cardano totaled $56 billion, with a staking rate of nearly 70%, which is comparable to Solana. Since the Staking mechanism reduces the amount of ADA in circulation, the higher pledge rate has also helped ADA price to take off.

In terms of performance, Cardano also has some advantages over Ether. Currently, the network enjoys 250 transactions per second (TPS), much larger than ETH's 15 transactions per second. It is estimated officially that Cardano's TPS data will likely reach one million after the implementation of Cardano's Layer 2 solution, Hydra. Also, ecologically speaking, Cardano's eco-projects are now mainly built on Ether. Although it does not yet run smart contracts, hundreds of projects have already indicated that they will transfer from Ether when Cardano's related features are developed well. Its ecological development will also be conducive to growth in coin price.


What Will the Upgrade Bring to Cardano?
In May, Cardano’s founder Charles announced that Cardano would support smart contracts in the upcoming Alonzo hard fork upgrade. Upon the news, ADA price soared 80% from $1.50 to a maximum of $2.50. In addition, IOHK, the Cardano code maintainer, further revealed that Cardano will provide ERC-20 converters to allow projects on Ethereum to move directly to Cardano. Charles also said that he would welcome the upgrade opening while putting on the exorcist's clothes. 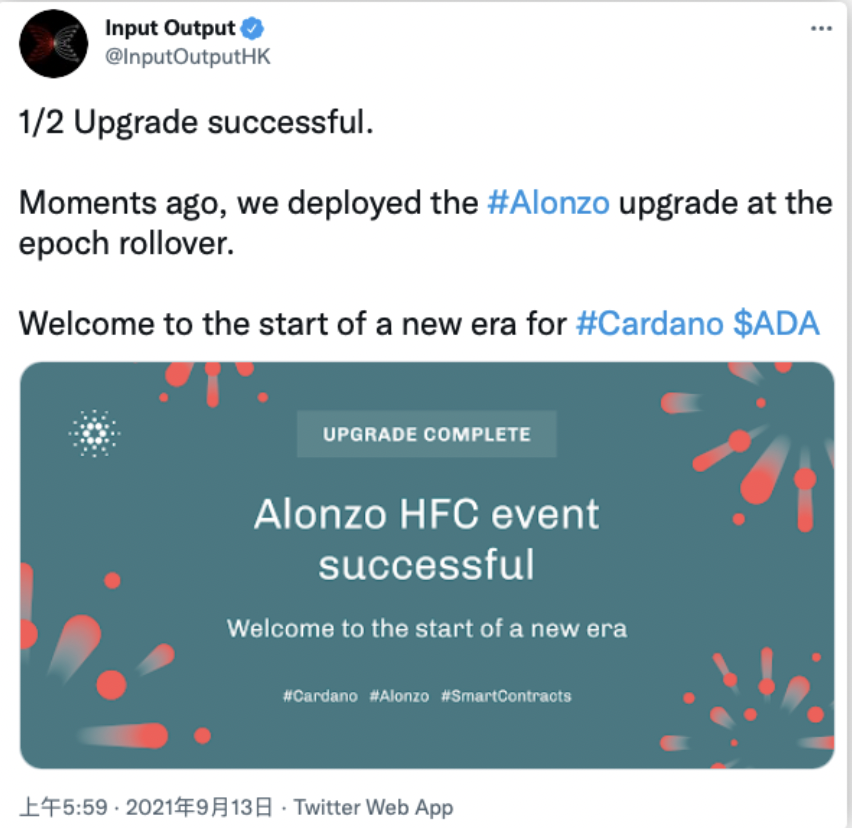 At 9:44 PM UTC on September 12, Cardano officially tweeted to announce that it has deployed the Alonzo hard fork upgrade on the mainnet, and the network will shift from Shelley era to Goguen era after the upgrade is officially completed. Cardano uses Hard Fork Combinator (HFC) to complete the upgrade seamlessly, allowing nodes to run multiple versions at once. Meanwhile, hundreds of eco-projects will be gradually deployed to the Cardano mainnet during the year. Currently, Gate.io has completed the ADA node upgrade and welcomes all investors to participate in the transaction.

After years of silence, ADA, the "warrior" who wants to challenge ETH, has apparently accelerated its development pace. Will this upgrade revitalize this challenger? Let's stay tuned for more up-to-date info.
Author: Gate.io Researcher: Ashley. H
*This article represents only the views of the researcher and does not constitute any investment suggestions.
*Gate.io reserves all rights to this article. Reposting of the article will be permitted provided Gate.io is referenced. In all other cases, legal action will be taken due to copyright infringement.

Share to：
Follow us：
Trending
How to claim Contract Bonus
Snowflake to Avalanche: Why is the Avalanche Eco_ Appealing?
Is Musk’s Tweet the Only Factor Bringing SHIB Eye-Watering Gains?
Futures-Backed Bitcoin ETF - A Big Driver of BTC Hitting $60,000
Which Solana Eco_ Innovations Have Caused Its Price to Surge?
C
+/–
%
7
8
9
+
–
4
5
6
×
÷
1
2
3
×²
√
0
.
=
Mobile
Desktop
Windows MacOS
Click top-right
Click "Open in browser"
Download in your browser